1.2
– Now shows version from currently loaded Project File.
– Project file backups are copied to folder “PrProBCC_Project-BAKs” which is located in the same folder as the original Project file. 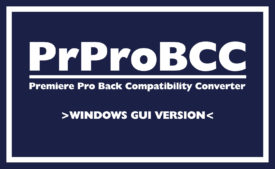